A Feather and a Scale 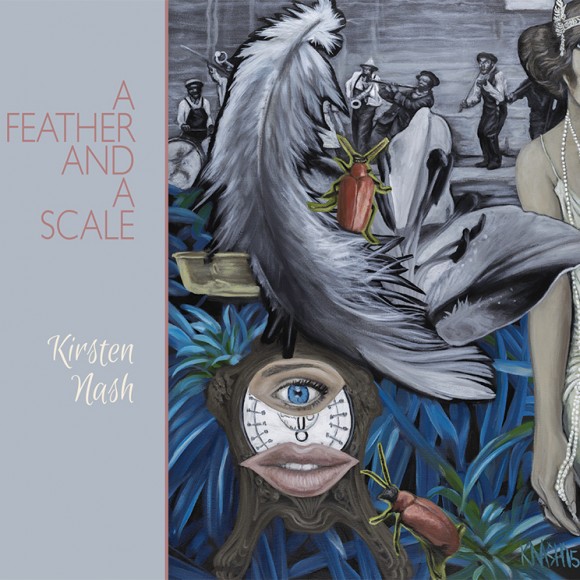 Here’s a review for “A Feather and a Scale” from Bruce Allen!!
“This is a really enjoyable listen. “In Good Time” pulled me in right from the start. The last 3 songs, from “Same Old Song”, thru “Winter Came In” and ending with “Where Does The Time Go” were truly captivating. I must have played those last 3 songs at least 10 times over the weekend. They are a wonderful listen.
Your voice throughout is at times haunting…sometimes very seductive, and always perfectly slotted into the mix. The horns, though muted most of the time, really add to the tracks. This is a really enjoyable listen. Probably a bit of a throwback, but so what. It reminds me of one of my favorite cd’s by Shawn Phillips. It was called Second Contribution and was released in 1970. It had a plethora of colours and I remember playing the track “Song For Sagittarians” over and over again.
When I heard your stuff, it transported me back to a period when music was smart and ever evolving. I went upstairs and got my aforementioned CD and played it right after yours. That was a lovely hour of music.
Good work. Congratulations.
Bruce”

A Feather and a Scale: The Journey

The road that led me to writing the songs for “A Feather and a Scale” began a couple of years ago, when a friend of my son’s lost his mother to cancer. It was very sudden, and although I did not know her well, sometimes after she passed, I would feel her presence so strongly, it was quite unnerving. One day I felt compelled to write, “Where Does the Time Go?” I couldn’t stop thinking about how hard it would be to have to say goodbye to my children, and I wanted them to have something to remind them of how much I loved them when that day finally came. The song “came out” in full form, no need to edit, in about 20 minutes and my “ghost” went away.

But there were other ghosts, muses and song by song I handed myself over to them, feeling like I was being propelled down some street in a dreamlike setting…could hear horns and smoky voices, laughter and the clinking of glasses. I heard stories and I wrote them into songs. The concept that inspired the title was that even someone like Leonardo Da Vinci would be forgotten someday, his voice lost in that eternal river of renewal we call life…and death. In terms of our place in the universe, in the end our life weighs about as much as a feather on a scale. When you put things in that perspective, it’s much easier to be fearless.

*On the piece “A Feather and a Scale”, horn lines written by Christine Jensen, who also played alto sax in the horn section, along with Joel Miller on tenor sax, and Vince Mai on trumpet.

Lead and backing vocals, tenor sax and soprano sax on all other songs: Kirsten Nash

All songs written by Kirsten Nash

Engineered by John Raham and Erik Nielsen at Afterlife Studios

I would like to thank my family, Bill, Austin and Jesse and our dog Lucy for all the love we’ve shared for so long. You give me the courage to keep putting my soul “out there”. You give me strength when I’m weak and the will to keep chasing my dreams. To my incredible friends, I am so grateful to you all for your patience, love and support, couldn’t do it without you all!! And finally to everyone who played a part in making this music with me…I am so deeply grateful for the gifts you shared on this album. Some of us have known each other for over 30 years; you are like family to me and I stand in awe of your great talents, once again. I love you all, thank you!!